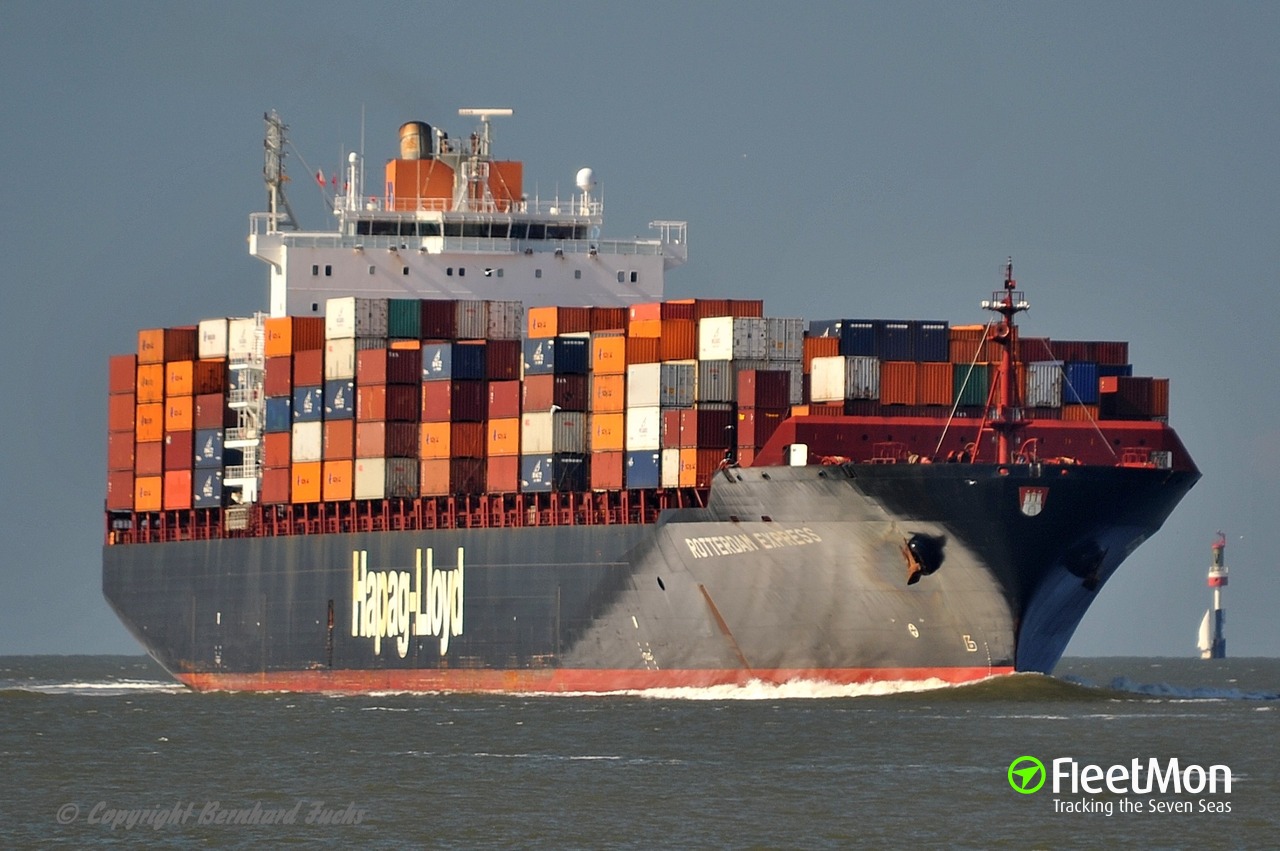 US Coast Guard will be examining the Hapag Lloyd vessel ROTTERDAM EXPRESS in relation to the pipeline that was severed off near the coast of Southern California. It is being speculated that a ship's anchor might have damaged the pipeline that led to 3,000 barrels of crude flowing into the sea near Huntington Beach, south of Los Angeles on Sunday.

The speculations are fueled by the US Coast Guard's initial investigation which revealed that a section of the pipeline was laterally displaced from its place by more than 30m. Hapag-Lloyd owned vessel, ROTTERDAM EXPRESS had anchored approximately 500m away from the pipeline when the oil spill was first detected, and later the vessel left for Oakland.

A Hapag-Lloyd spokesperson explained that as per the direction of San Pedro Traffic, ROTTERDAM EXPRESS had anchored at SF-3 anchorage on 21 September 2021. The vessel had dropped at the exact directed location and the same was confirmed by San Pedro Traffic.

Hapag Lloyd said that their vessel ROTTERDAM EXPRESS did not move from anchorage nor did it pass over the pipeline. The company added that they are cooperating with the involved authorities. They also made clear that during anchorage no oil spill was detected.

The area around Long Beach and Los Angeles has a very busy anchorage which simply means that USCG might have to check a long list of vessels to complete their investigation. Interestingly, the agency has not released any official statement blaming the anchor for the pipeline damage.

CNN reported that the federal regulators have cited more than 100 violations by Beta Operating Company, the subsidiary of Amplify Energy and the operator of the pipeline in the last 11 years.

Skyruth, a non-profit organization that uses satellite technology to identify environmental issues has said that Rotterdam Express was the vessel closest to the pipeline at the time of the spill. However, even if it was the closest, it was 500m away from the pipeline which reduces its chances of being the culprit.