Posted in Accidents by Mikhail Voytenko 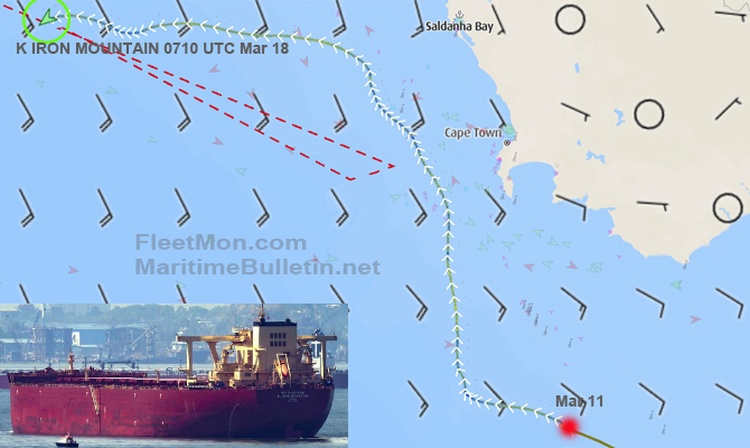 Mar 20: Under way heading for Cape Town, with SA AMANDLA nearby, so understood, the ship wasn’t abandoned, all or some crew remain on board. Details of accident still unknown.

According to track she encountered problems on Mar 11, being south of Cape Town. Understood SAR tug SA AMANDLA responded, probably bulk carrier was under tow for some time.